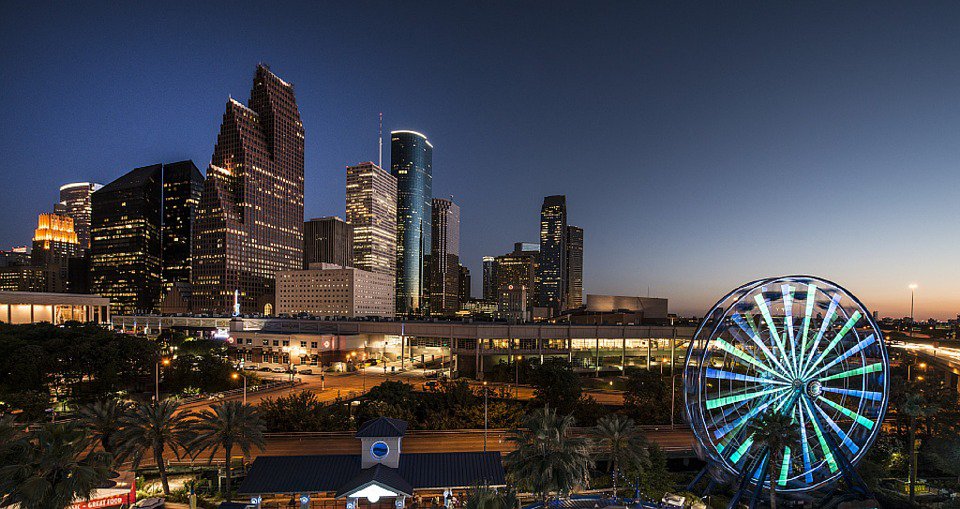 The rapidly growing Houston area continues to rank the fourth largest metro area in the United States behind New York, Los Angeles, and Chicago. Not only is the population huge, but the area includes 10 counties covering some 900 square miles and spreads some 50 miles in each direction.

Houston is a national and world center for the petroleum and petrochemical industry, but also shines as a general corporate center; local companies include Continental Airlines, Browning Ferris Industries, Waste Management, MinuteMaid (owned by Coca-Cola), and American General (insurance). There is a considerable amount of banking and general commerce and trade in the area, driven in part by the large port facility and the petrochemical industry.

The city grew in a fairly haphazard manner, with skyscraper complexes downtown and satellite corporate centers on the periphery. To the west along the I-610 inner beltway, the commercial center and satellite downtown area known as the Galleria contains a gigantic mall with over 300 stores and large office complexes. Both of these core areas feature a very modern skyline and the latest in transportation conveyances. Together downtown and the Galleria contain 6 1/2 miles of underground tunnels and malls, and a light rail system serving the downtown area. So much commercial activity is actually done on the periphery that downtown – if you can get there – is relatively pleasant, uncrowded and attractive.

Growth has spread in all directions, and traffic on the area’s spider-web of freeways, many undergoing their second reconstruction, can slow to a crawl anywhere, anytime. Air quality is among the country’s worst. Suburbs spread in all directions and particularly to the west, southwest, northwest and north. Areas southeast are older, more built up, industrial, and constrained by Galveston Bay.

The heavier industry is east and southeast in a 25 miles industrial corridor towards Texas City. Baytown, to the east and at the head of Galveston Bay, is a major oil refining and petrochemical center dominated by Exxon-Mobil. Galveston offers an interesting mix of antebellum commercial history and beach resort on Galveston Island just southeast of Texas City, and is a favored weekend getaway in an area that doesn’t have very many. Farther west along the coast lies the industrial center of Freeport in Brazoria County, an enormous petrochemical and mineral processing center, with numerous beach houses built up on stilts up and down the coast and a corridor of small towns and residential areas spread back north towards Houston.

Cultural amenities are excellent and include performing arts, museums, and a variety of entertainment options. With the new NFL team, the Houston Texans, the Houston Astros (MLB), the Houston Rockets (NBA) and the University of Houston and Rice University teams, the city offers a full slate of sports entertainment. The Texas Medical Center is a leading-edge facility including 39 centers and employing 50,000 healthcare professionals. Although there are some lakes and the Gulf is 50 miles away, the area is notably lacking in outdoor recreational opportunities and the landscape is relatively featureless. Cost of living is notably low for a big city, and excellent housing is available.

The Houston landscape mainly is a flat, treeless plain crossed by several small streams and rivers, with a little more relief and some wooded areas to the north and northeast. The climate is humid subtropical with a marine influence. Summers are hot and sultry with daytime temperatures in the 90’s and occasionally over 100 degrees. High relative humidity makes these temperatures uncomfortable—air-conditioning is a must. Winters are cloudy and mild with abundant rainfall. Clear dry days are most common in the fall. Heavy thunderstorms and tropical storms occasionally pass through the area.

This Cozy single-story home is located in Elm Grove Village 2 of Kingwood. The home features a lovely back yard, ideally located on a Green Belt, which allows for quiet ...

Excellent opportunity. Great location in the Greater Heights area. Easy access to I-45 and minutes from Downtown. NO RESTRICTIONS.

A piece of land with a workshop structure to be demolished.

A vacant lot in Northwest Houston, poised for revitalization.

A piece of vacant land on Homestead Road, over 31,000 SF. Ideal for setting up a new business.

Looking for the perfect home in the perfect place? Chances are you'll want to check here first.