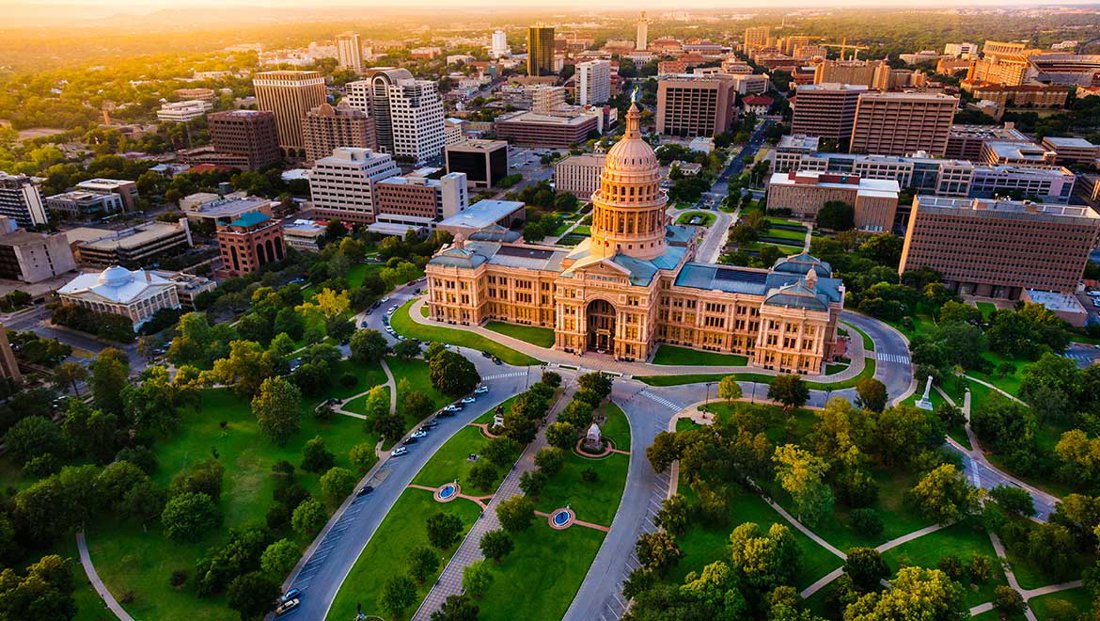 Residents of Central Austin enjoy easy access to the city’s world-renowned entertainment district. Here, they can enjoy spending time in the city’s many highly-acclaimed restaurants, bars and music venues. A variety of local art galleries, theaters and museums are also located in the area.

A number of recreational opportunities are also within easy reach to Central Austin’s residents, with Lady Bird Lake located nearby. Miles of hiking and biking trails are easily available, as are opportunities for kayaking and stand up paddle boarding. Zilker Park, which hosts the Austin City Limits festival, is located just south of Central Austin. Several dog parks and numerous live music venues are also located in and around Central Austin.

Residents of Central Austin are served by the Austin Independent School District (ISD), which is the oldest school district in the state of Texas. The district, which operates 129 schools, has consistently been ranked as Academically Acceptable by the Texas Education Agency. Some of the schools serving Central Austin include Casis Elementary School, Bryker Woods Elementary School, Kealing Middle School, Lamar Middle School, McCallum High School and Austin High School. Schools within the district focus on innovative curriculum, community collaboration and effective instruction. The district also features magnet programs, including the Kealing Magnet Program for gifted students and the Liberal Arts and Science Academy.

The history of Austin dates back to the Native Americans that first lived in the area. When settlers arrived from Europe, the area was occupied by the Tonkawa tribe. By 1730, three missions from East Texas were combined to form one mission on the south side of Colorado River. This area is now home to Zilker Park. With its interesting history, the city of Austin and the Central Austin region remain home to numerous buildings and areas of historical significance.

Today, homes in Central Austin are found built around the historic layouts of the areas that served as the first suburbs in the city of Austin. In addition to offering modern downtown lofts and high-rise living opportunities, Central Austin also features historic homes in neighborhoods such as Allandale, Hyde Park and Rosedale. Luxury properties are also available in Tarrytown and Pemberton Heights, while Lake Austin boasts stunning waterfront homes. Offering the perfect combination of comfort and convenience, it is easy to understand why Central Austin is a popular option for those who are interested in living in the city of Austin.

Welcome to this special bungalow on the East Side in coveted 78702 that has seen Austin grow and change since 1927. This two bedroom, one bathroom home was fully remodel...

A nostalgic Lake Austin retreat! This carefully maintained and groomed Hidden Valley property sits in the middle of a quiet street, 200 ft from the neighborhood's private...

Own a newly renovated and upgraded condo. Design is sleek, simple and modern. Making it easy to decorate in any way you like. Unit is located near UT, Walking distance to...

Vintage Austin charmer with a smart and convenient location! In under 15 minutes by car you can be north of the river in the heart of downtown Austin (7 mi), 5 miles to t...

Well maintained home in the sought after Thaxton Place neighborhood. This lovely home has many recent (Dec./Jan.) updates which include waterproof vinyl flooring, new GE...

Gorgeous single story in The Village At Western Oaks, easy accessibility to shopping, Mopac, 290, and the Y at Oak Hill. This neighborhood has 2 tree covered greenbelt ...

Courtesy of On Air Realty

Listing courtesy of Lynn Robin from On Air Realty

Looking for the perfect home in the perfect place? Chances are you'll want to check here first.